Of all the Pocher classic kits, the Bugattis are the most conflicted. As it has often been stated, here and elsewhere, the Pocher Bugattis are among the greatest kits ever produced by anyone, but they are also one of the least versatile subjects for model builders. Nowadays we are used to subjects so specific that any slight change is easily construed as an error in construction or a misunderstanding of the prototype, as if some hapless builder decides to paint a model of the Shuttle day-glow orange or add cannons to a model of the Titanic. In earlier days of our hobby, this was not the case. A manufacturer produced kits with the expectation that the builders would take liberties, and this trend resulted in 'three-way' kits which could be built stock, modified, or race versions. A lively after-market provided all sorts of alternative components, and builders were encouraged to exercise their imaginations. Today, not so much.

When confronted with the fabulous Pocher Bugatti Type 50, it takes a well informed builder to know that there were only a handful of colors used on the tiny number of factory cars, and the interiors were seldom anything but oiled walnut dashboards, literally, in front of fabric seats. Nowadays, when only a handful-less than a handful-of these wonderful cars survive, the choices are even more constricted. The result is that regardless of scale, most of the models look the same. In fact, there are those among us who take some pleasure in displaying the same black and red color scheme on various scales of the same automobile in a single display case, which perhaps conveys the subliminal boast that the builder/collector is capable of working in more than one scale. The same-ness has become a virtue of sorts. One wonders how many book shelves in how many countries are displaying the identical replicas of the same subjects.

Mr. Bernd Rushoff of Germany has demonstrated that he would have none of it. His delight in the wonderful design of the Bugatti Type 50 Profilée led him to want a replica of the version which most pleased him, which may have represented the car he would have in his garage if he could. In short, Mr. Rushoff has given us a glimpse of that most rare of public emotions-pure delight, and the model invites us to join in. From its snowy white interior-some of us grubbier types can hardly fathom the challenge of creating such an interior-to the wonderful two-tone leather on the dashboard, the model is brimming with an undisguised joy. The badges on the grill guard echo the red accents on the wheels in a delightful celebration of color. Mr. Rushoff has taken the Pocher box top illustration and unified the colors into a cohesive and handsome whole. Danka schön, Hr. Rushoff, dunka schön. 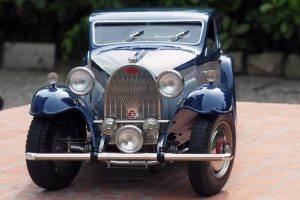 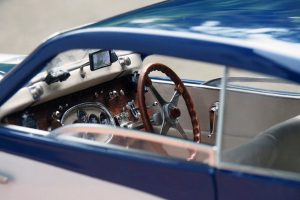 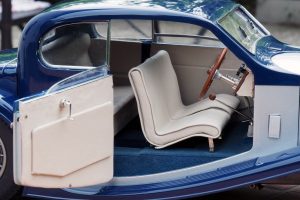 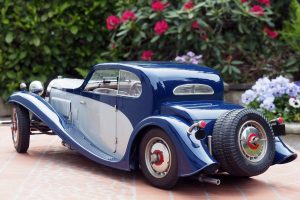 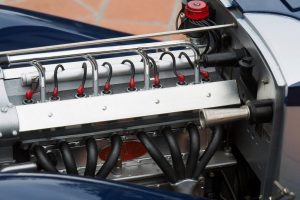 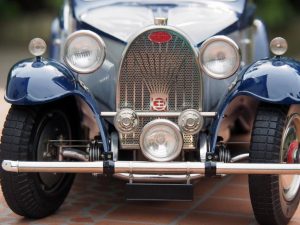 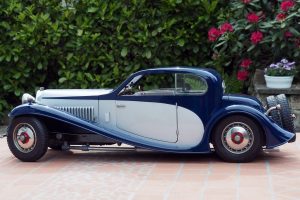 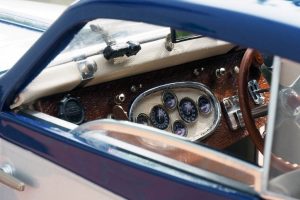 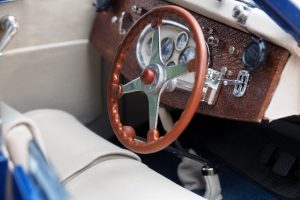