The legendary and notorious Targa Florio automobile race was first run through the rugged mountains of Sicily in 1906. The winner of the 1907 race was Felice Navarro, aboard a Fiat. This accomplishment alone would have assured Navarro's place in history, but the fact that he went on that same year to win the Kaiserpreiss and the French Grand Prix assured him immortality in the annals of motorsport, and propelled his Fiat racer into the Pocher catalog. Still carrying Navarro's F-2 designation from the French Grand Prix, the Pocher rendition of the racer established Pocher as a force to contend with in large scale model cars. Today there may be more Pocher Fiat F-2 homages to Navarro's accomplishment on more bookshelves in more offices and dens than any other large scale race car. Unless, of course, one were to count Chinese diecast 1:18 scale models of NASCAR racers, but that is grist for another mill. The point is that if you take on a Pocher Fiat, you are in good company, involved in legitimate historical preservation, and facing the same challenges which have been faced by many before you. You are, as it were, in good company.

The thought of being in good company may have sustained Owen Poole in his efforts to master the grand-daddy of all Pocher car kits, but it is likely that the hybrid construction of the kit may have had him scratching his head in wonder. The basic construction of the model is more toy-like than one might imagine given the detail and complexity pictured on the box top. Fortunately, the underpinnings are not very visible, and the fact that the floor boards are a primary structural element, and the cowl/firewall is not, can remain a well kept secret. Helping in the deception is a complicated engine, complete with exposed valve gear (is it possible that the engineers were so thrilled with their accomplishment that they could not bear to hide from view their 'high-tech' rocker arms?) and various brass and copper doodads. Well-formed cylinders and head castings go a long way to giving an impression of accuracy, and Mr. Owen's addition of Model Motorcar bronze rocker-arms are a delight to see.

In addition to rocker-arms, the model is enhanced by a set of Model Motorcar genuine wood spoke wheels, as well as white tires which were so common at the time. It may come as news to some of us that rubber left to its own devices will result when formed into tires in white tires. Black tires were a later refinement and are the result of adding carbon black to the mix. A few years later, it was discovered that grinding off a portion of the black rubber resulted in dandy white-walled tires. In 1907, the preference between black or white tires seems to have been evenly divided, if period photographs of the Targa Florio are any indication. The French Grand Prix may have shown a preference for black tires, suggesting that the French race required high-speed tires and the punishing Targa-Florio called for the larger, more cushioning white tires. This raises the whole issue of accuracy. The facts are, to be fair, thin on the ground. Blurry sepia-toned photos tend to concentrate on the action of the race and the smiles of the drivers, leaving the details of the machines to the imagination of later day model builders. The cars themselves are long gone, the racers and spectators are silent, so getting accurate specifications is something of a trick. Suffice it to say, the Pocher folk seem to have done a creditable job, especially considering the fluidity of the designs, which changed from race to race. Mr. Poole wisely concentrated on the wheels and seats and engine, and left the quibbling over technical variations to the Pocher folk and to the lucky souls with hands-on knowledge.

Mr. Poole's result, which must have taken months of construction, is a model that would be the highlight of any man-cave. The nature of these early beasts is such that the camera loves them, the viewers are fascinated by them, and the automotive anoraks are driven to purring delight. The fact that nit-pickers hardly have a leg to stand on is just icing on the cake. 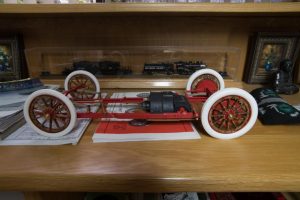 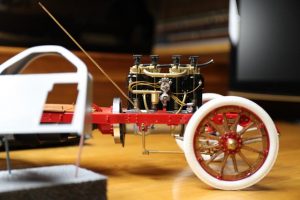 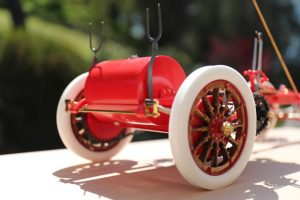 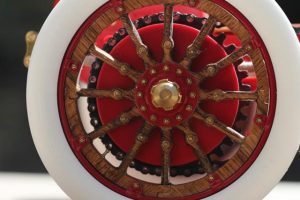 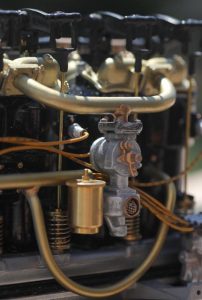 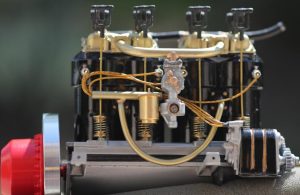 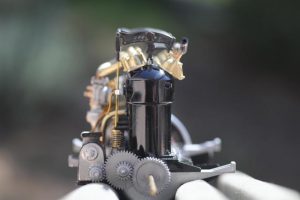 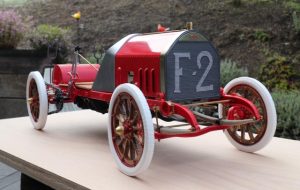 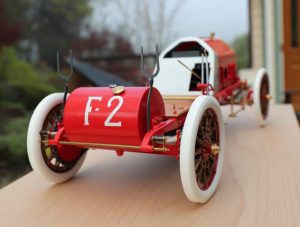 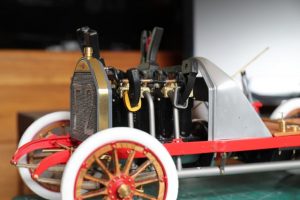 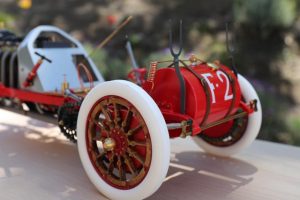 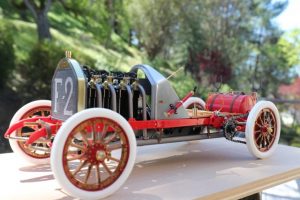 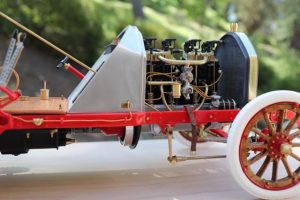 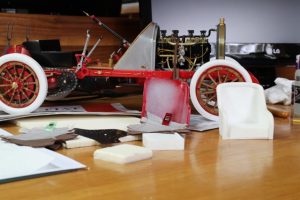 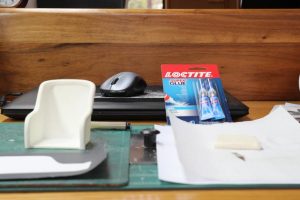 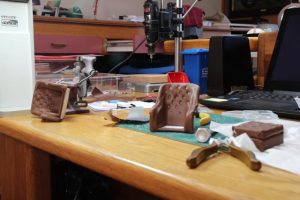 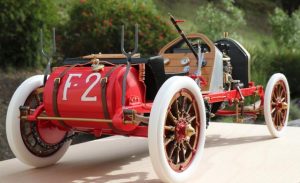 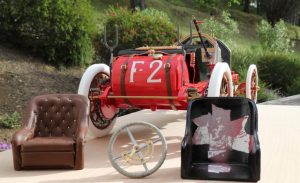 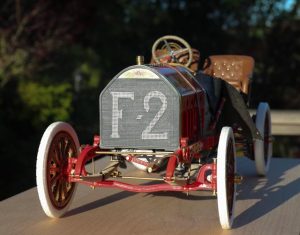 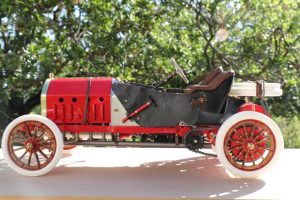 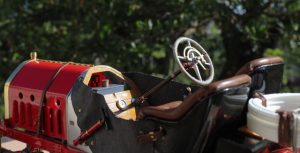 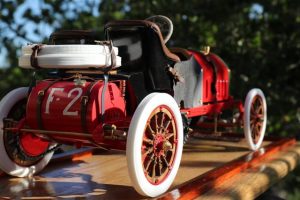 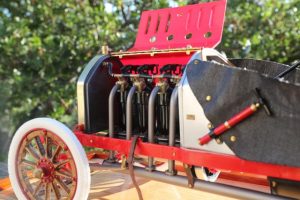 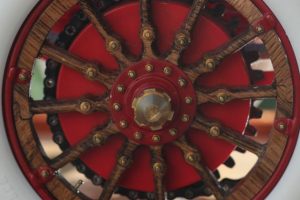 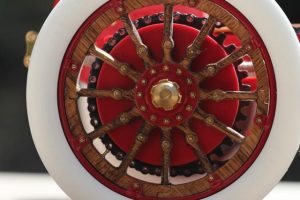 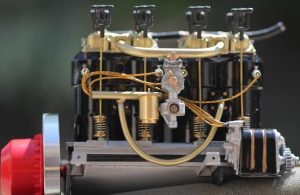 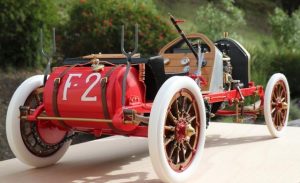 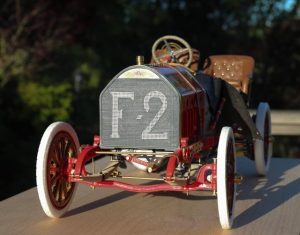