For some of us, the best part of a car is hidden by the bodywork; for some of us, engines and chassis are in themselves the source of all automotive delight. And for some of us, the older the better, the more rudimentary the more we like it. At least some of this sort of thinking must have been involved in the inspiration that led to the Pocher replica of the famous Fiat "F2" racer. In any case, the Fiat 130 h.p. grand prix car driven by Navarro to victory in the 1907 Targa Florio has justifiably become an icon and makes for a dandy display model in any scale. The Pocher 1:8 scale version is famous in its own right for being so large, so complicated and so affordable, at least among the Pocher offerings.
The Pocher Fiat kit is more closely related to the traditional smaller scale kits which rely on glue-together styrene components. With the exception of the notorious chains which in earlier versions had to be assembled from individual components, this kit has little in common with other Pocher kits other than its size and quality. It is the assembly of the chains which more closely resembled the other kits in the Pocher line of classic cars-the chains with their jillions of pieces and diabolical rivets that held the whole shebang together-and it is the chains which are the components most often missing or damaged in the kits offered for sale second hand. Like the wire wheels in some of the other kits and the notorious crankshafts in most of the other kits, the daunting chains send flocks of would-be builders back to the market for something easier to build. While it is one thing to build a Pocher without a crankshaft, it is quite another to eliminate either wire wheels or, in this case, the drive chains. When viewing a competed Pocher Fiat, it is only common courtesy to admire the chains, and, as with wire wheels on the other Pocher kits, no effusive compliments are excessive.
There is considerably more to compliment on Levene's Fiat than chains. This is a model in which the builder went out of his way looking for trouble, and the efforts show. Among the more impressive accomplishments are the splendid wood-spoke wheels. This writer is currently facing a joint venture in which the subject of wood wheels has reared its splintery head, and the decision to take a pass on the challenge ("after all, once they are painted, who is to know what the wheels are made of?") is now, after seeing Levene's efforts, under review.
"Brass era" has come to denote the early heroic days of automotive development, and Levene's model capitalizes on the name by accentuating the brass components on the model. The brass elements do their job of convincing the viewer that the painted elements are also brass, and the result is striking. The black backdrop and the aluminum bodywork-such as it is-add up to a model which could serve as a symbol for the entire era. Chains, brass, and wood-spoke wheels-what more can we ask for? A model this handsome deserves a round of applause. 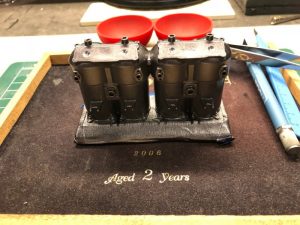 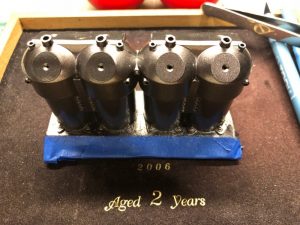 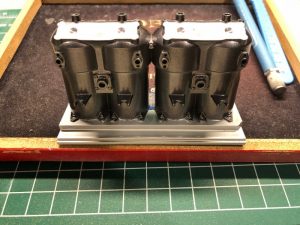 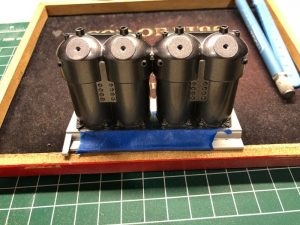 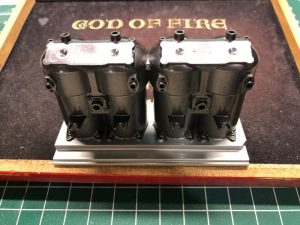 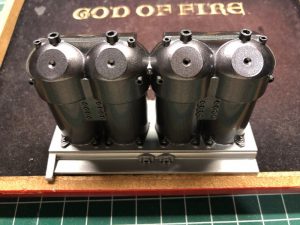 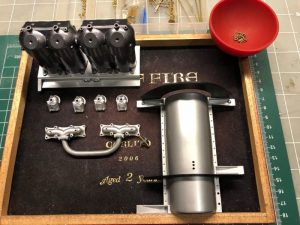 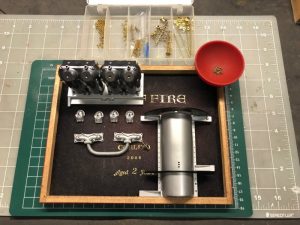 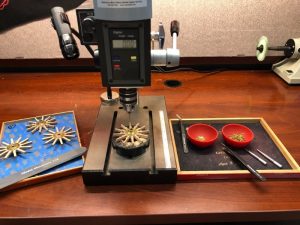 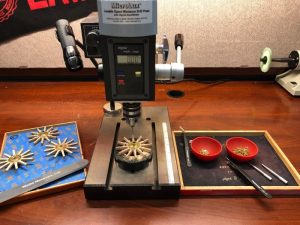 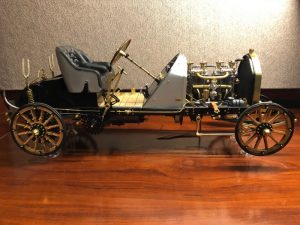 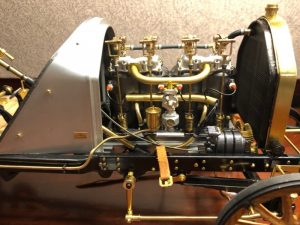 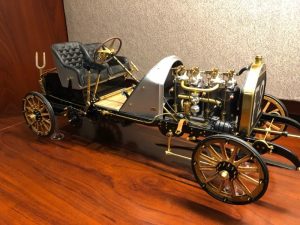 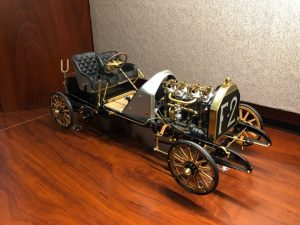 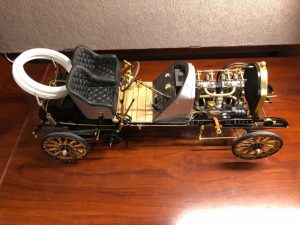 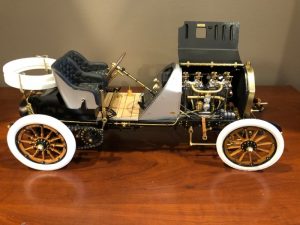 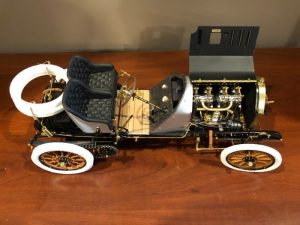 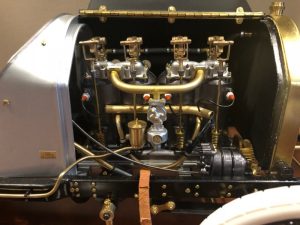 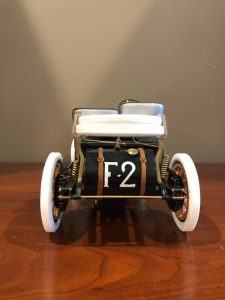 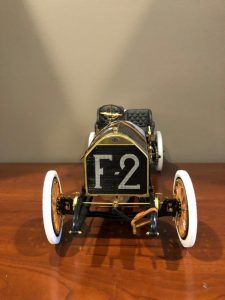