After over three decades of Model Motorcars, it is fair to say that there is not much in the world of Pochers that we have not seen before, and we have seen our share of 'sliced and diced' Alfas. Silvano Rossi has sent us photos of his version of the Pocher Alfa Romeo Gran Sport Spider, and to be fair, we were stopped in our tracks.

A successful model is always a combination of craftsmanship in the service of concept, and the best models push the boundaries of both. Starting with a kit-any kit-is a challenge. If elements of the kit require corrections, like fixing body panels that do not fit correctly, the challenge is increased. And even the best kits threaten to trap the builder into merely assembling someone else's design. The venerable Pocher Alfa does both, offering up a mighty challenge in terms of assembly and a readily recognizable design. Most Pocher Alfas can be identified from several meters away, and all have required herculean efforts in the service of a standardized concept.

So what separates Mr. Rossi's Alfa from so many others? It is not the meticulous assembly, nor the glistening paintwork, nor the attention to detail, nor the wonderful colors, nor even remarkable craftsmanship and scratch-built components. We see lots of models with all of those features, and we celebrate them because of those features. What we seldom see-or even accomplish-is a concept that so powerfully joins the forces of teaching with entertaining. All models are in some way teaching tools, none more so that models of historic subjects like the Pocher Alfa. And all models seek to entertain the viewer with the startling effects of miniaturization. Mr. Rossi has taken these two impulses and moved them up a notch or two-- turned up the volume as it were-and the results are truly delightful. The fact that his concept is rooted in historical fact makes the model even more entertaining, rather like the distinction between listening to a recording or attending a live concert. Bravo! Bravely done. 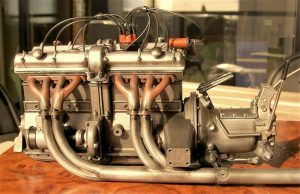 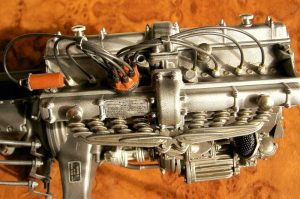 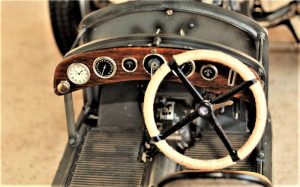 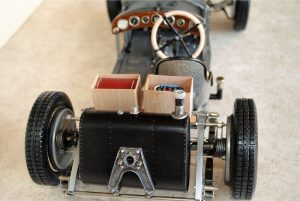 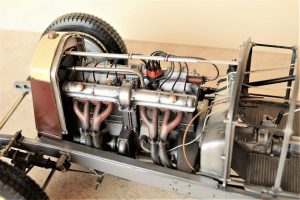 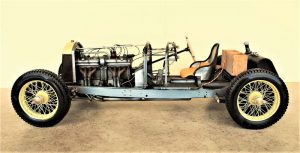 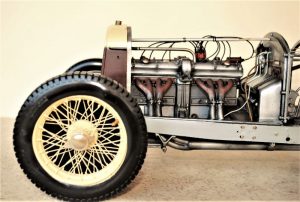 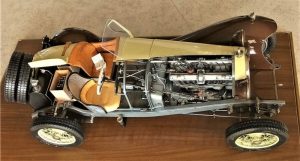 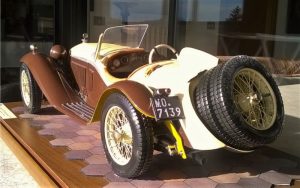 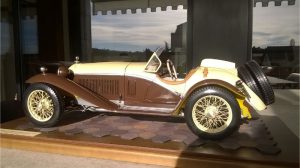 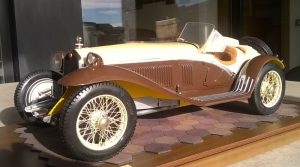 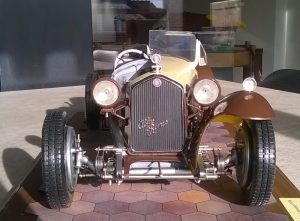 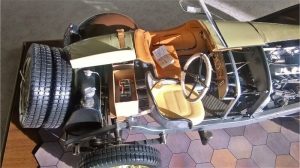 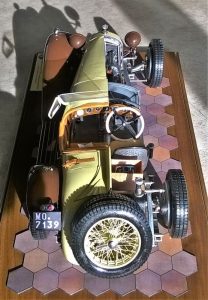 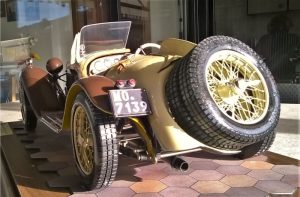