As with most of the prototypes for the Pocher classic kits, the Mercedes for the K-91 "True Roadster" needs some explanation. First of all, the kit is an extension of the much earlier cabriolet kit, commonly referred to as the black cabriolet, and titled on its box top as a 1935 Mercedes-Benz 500K-AK Cabriolet. It surprises some of us at exactly how the Pocher people managed to cram so much confusion into so short a description, but somehow they managed to do it again and again. The earlier model came by its confusion honestly because the cabriolet is a representation of a single prototype which was distinct from all other 500Ks in general, and all cabriolets specifically. The K-91 roadster is described as a 'true roadster', presumably to distinguish it from its earlier relatives with roll-up windows, but the fact is that it, too, was a model of a unique prototype.

Jan Melin's two-volume tome, Mercedes-Benz: the Supercharged Eight Cylinder Cars added a bit of confusion by referring to the prototype for the cabriolet incorrectly in Volume One, but in Volume Two he corrected his error and identified the prototype as a "Spezial Cabriolet" chassis number 130859 (p.195). It is in this same volume where our hero Mr. Melin identifies the subject of Pocher's K-91 True Roadster as a "500K Spezial Roadster, chassis number 113621", and notes that the car did not have a set-back radiator like most of its brothers. Between the two Pocher models there would seem to be little connection, but the fact is both use the same chassis in the same configuration and with the same wheelbase. And aside from a few missing metal details for the engine, the two Pocher chassis are, like their prototypes, identical.

The bodies, however, are miles apart, and it is here that the K-91 excels, with excellent panels, tight fitting doors, and well-engineered hinges. It is said that timing is everything, and the timing of the K-91 was anything but propitious. Things were winding down at the Pocher works, and costs were the enemy. The results of this drive for efficiency and profits were the elimination of the jim-dandy wire wheels that so distinguished the earlier Mercedes versions, as well as the appearance of a rare non-functioning body panel in the form of a fake rumble-seat lid. Purists were outraged. Expert builders elevated their noses and averted their eyes, grumbling about missing engine details and--horror of horrors-- plastic wire wheels. Having to spend hours carefully cutting open the rumble seat was the last straw.

Now that K-91 builders no longer have to make excuses for their kits lack of a proper prototype, the flood gates are free to open on a new age of craftsmen all over the world beavering away at turning Pocher K-91 True Roadster kits into masterpieces every bit the equivalent of their more complex predecessors. So far, the superior engineering of the body has been a well-kept secret. The non-functioning rumble seat lid is still an issue for some builders, but for most of us, the snug fitting doors and neatly closing hoods make up for such a minor issue.

Surely for Jonathan Briones (UAE) there appears to have been nothing to detract from his determination to create an attractive model. By concentrating on creating a spotless white leather interior, he has overcome one of the kits compromises and made it a focal point. The handsome blue paint job together with some carefully selected after-market hardware masks the fixed rumble seat lid, and loads of details on the engine assure that the viewers' attention will be on what has been accomplished and not on what was missing from the kit. If anyone asks, Mr. Briones can refer his viewers to the photo of no.113621 in Mr. Melin's book (p. 211), confident in the fact that he has created a handsome homage to a subject that is not only a great classic car, but is also unique among the great Mercedes classics. 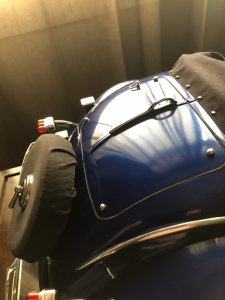 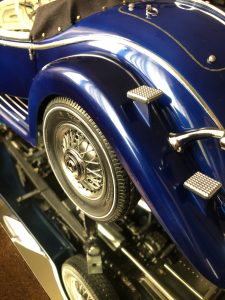 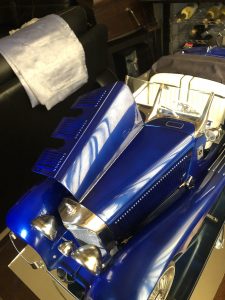 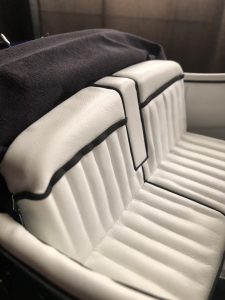 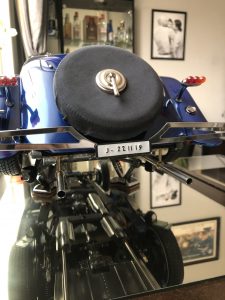 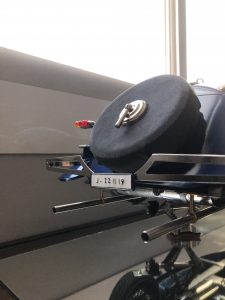 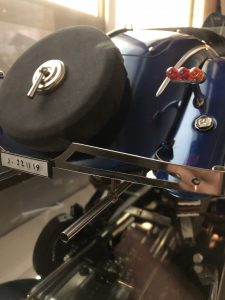 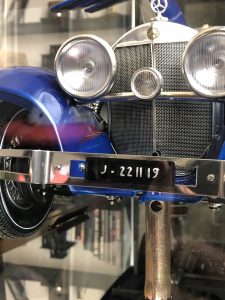 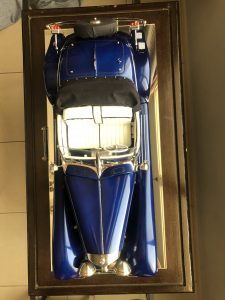 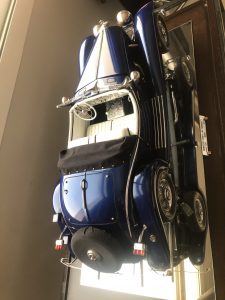 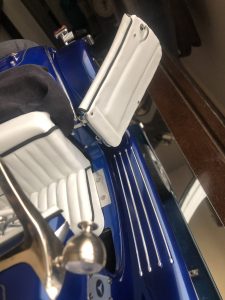 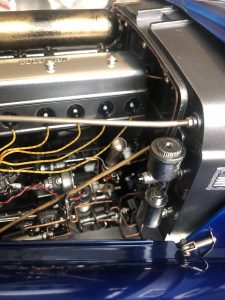 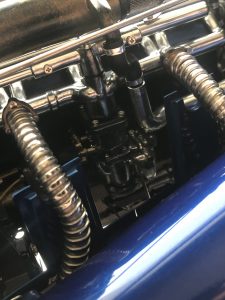 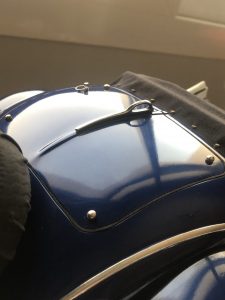 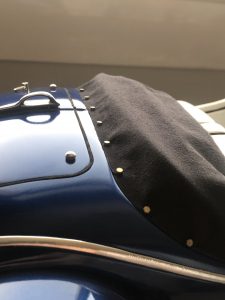 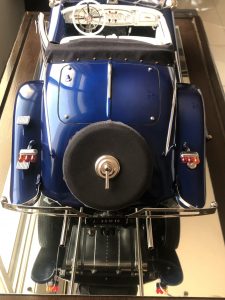 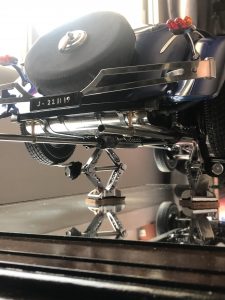 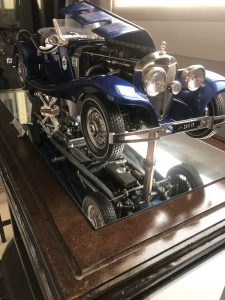 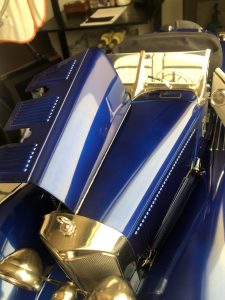 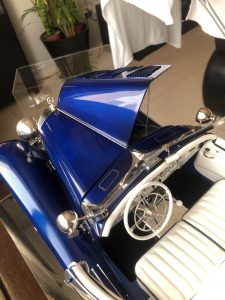 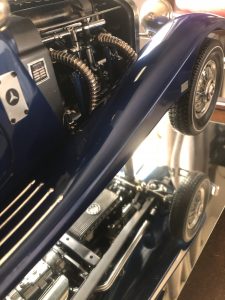 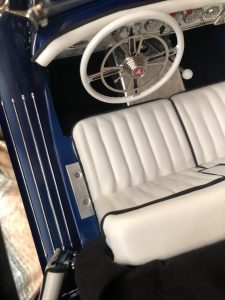 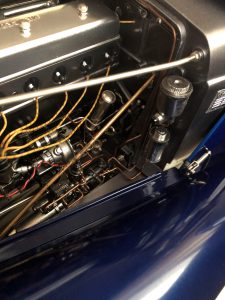 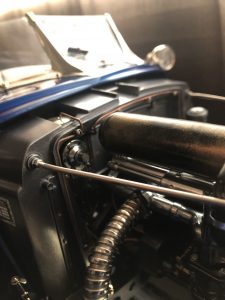 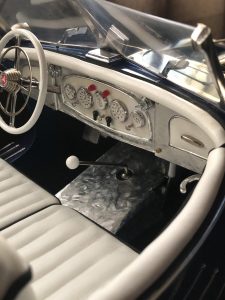 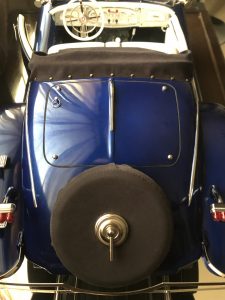 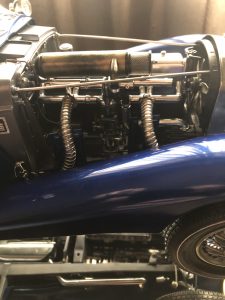 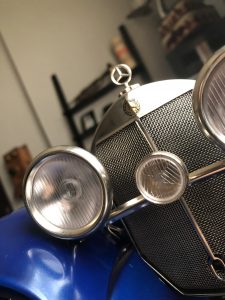 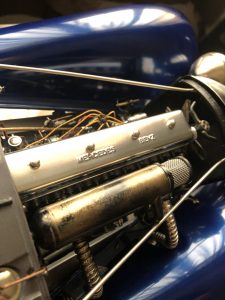