Pocher models attract us for various reasons, and often those reasons are quite personal. Sometimes the subject of a kit has a special meaning, and sometimes the source of the kit-a gift, a souvenir, a reward-gives the Pocher special meaning. But just as often a building project attracts our attention because of the challenges that it presents. Whatever the reason for Keith Dungworth's (UK) selection of the Pocher K-91, the finished model stands as proof that the skills required by leather seats were well in hand. Not only is the front seat done in an extremely careful way-having first been cut out of the body to assure a realistic appearance---but an additional upholstery project was added by cutting open the rumble seat and scratch-building a seat to match the handsome interior. Less obvious but equally daunting are the efforts expended to replace the kit-supplied injection-molded wire wheels with more accurate versions made from resin rims and wire spokes.
Examination of the engine compartment reveals a neat and accurate job that makes the most of the Pocher design. The same can be said of the chassis and running gear, all of which reveals workman-like care in its assembly. The choice to retain the factory colors may simply have been a reluctance to go astray from the prototype, or it may have been based on nothing more than a vote for the appropriateness of the color scheme. Interestingly, the photos reveal something of a mystery, and careful examination of them show the struggle with the wire wheels-which may have been the central challenge of the model-but they show no evidence of the complicated upholstery work, suggesting to this viewer that the leather may have served as a motivation for the model but not its central challenge.
In addition to offering a starting point for speculations, the photos of Mr. Dungworth's Mercedes suggest another puzzle. The slight patina on the nickel trim and the traces of dust on the upper surfaces of the model stand in stark contrast with the bright and shiny underside and chassis. The fact that this model was clearly completed some time ago begs the question of whether the struggle with those wheels was one which required an extended period of recovery.
Whatever the history of the Mr. Dungworth's K-91, the photos are proof that the model stands for a great deal of effort, and can be seen as a handsome souvenir of that struggle. 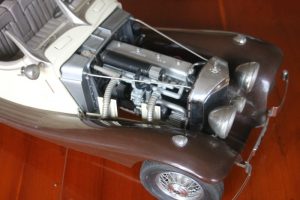 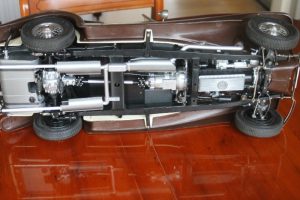 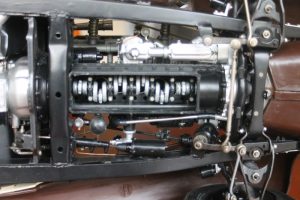 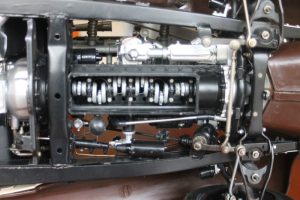 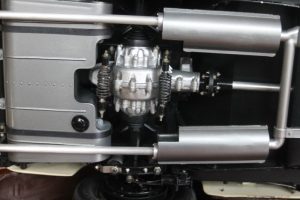 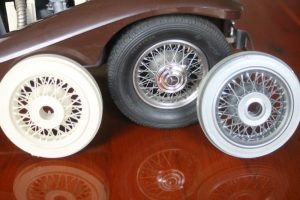 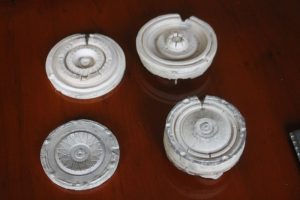 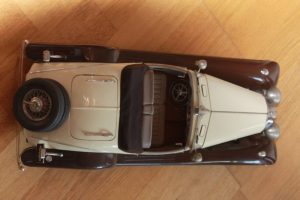 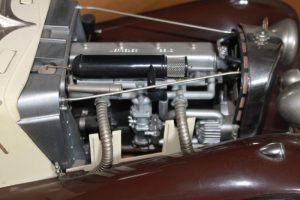 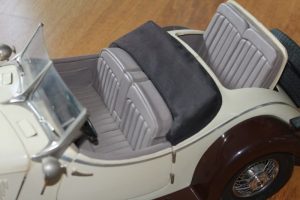 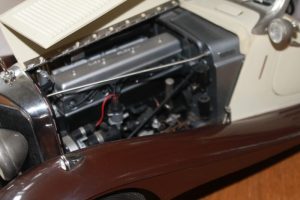 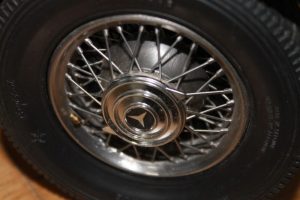 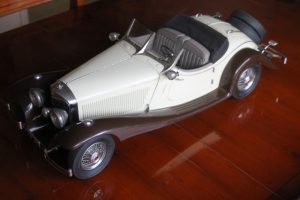 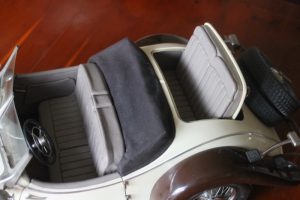 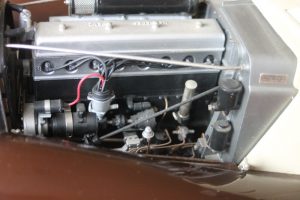 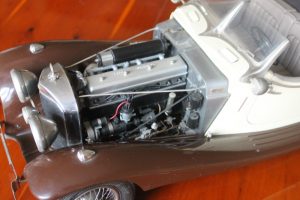