The Pocher Alfa Romeo kits have done a lot to immortalize what is one of the world's most successful race cars. Because this model does not have the cycle fenders over the wheels, it would usually be referred to as a corsa by the factory. Later on, after winning Monza, the version equipped with cycle fenders and road lights became the version more commonly known as the Monza. Whatever it is called, the Alfa Romeo 8c2300 deserves any attention that it receives, and is widely regarded as the masterpiece of Vittorio Jano who went on to create the 2.9 Alfas, and is known for his postwar accomplishments with Lancia and Ferrari. With scores of wins to its credit, the Corsa 8c2300 can be seen in many guises both before and after WWII, and was still actively campaigned into the fifties.
The idea of picking a chassis number, placing it in a particular time frame, and building a model has always been popular with model builders looking for the height of accuracy in a less than cooperative world. When it comes to prewar Alfas and "sport two-seaters" in particular, the plan becomes more dubious. Many of these cars were wrecked and rebuilt, some with different engines or even chassis, and many were re-bodied. As an example, the famous Touring Coupe-Spyder was only recently re-bodied as a Monza, adding to the confusion over production numbers and sometimes even over chassis numbers. In the face of such confusion, it is no wonder that many of us prefer to build a model that 'captures the look' of a specific car if not the exact details. Besides, after various wrecks and re-builds, who is to say what is correct for any one chassis.
Rick Levene's Alfa is just such a model, with the added delight of bringing to the project the American eye for finish and detail. Hard-working European Grand Prix racers accumulated the odd ding and the occasional scuff, and have been known to take the grid in less than showroom appearance, relying instead on the meticulous preparation of their sophisticated and complex engines. American racers tended to keep their engines simpler and their paint jobs more pristine. Add some gold leaf numbers and some sponsors to Levene's Corsa and it would have been welcome on the grid at Indy. 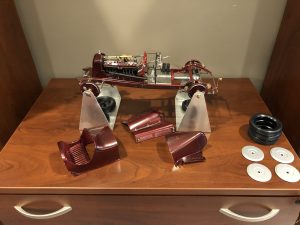 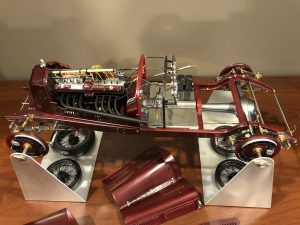 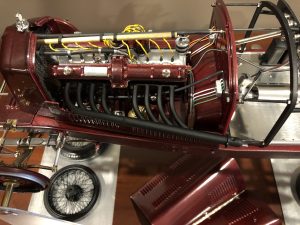 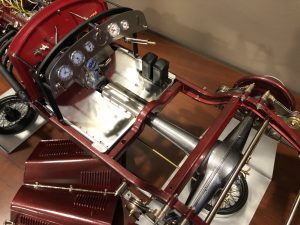 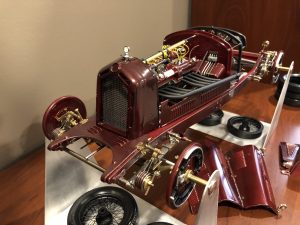 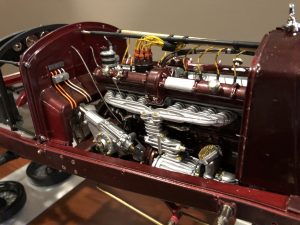 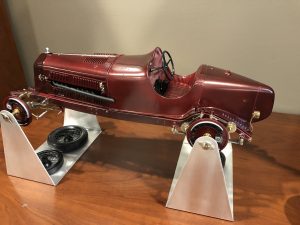 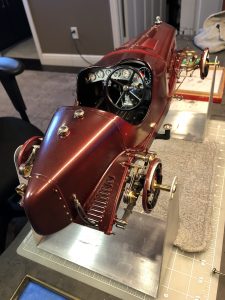 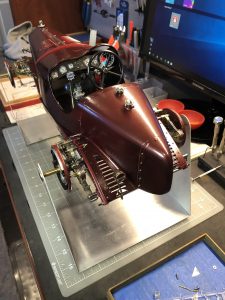 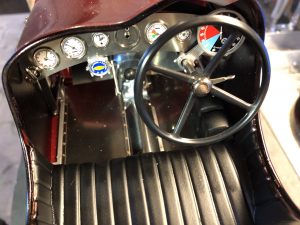 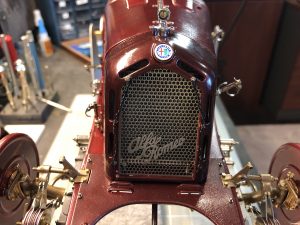 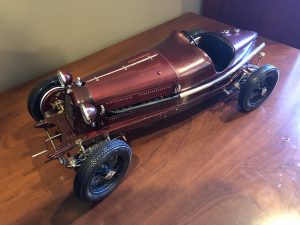 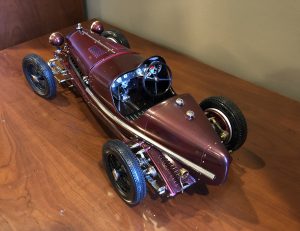 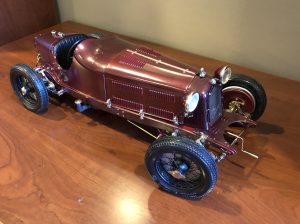 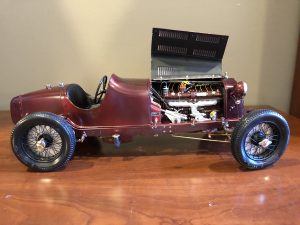 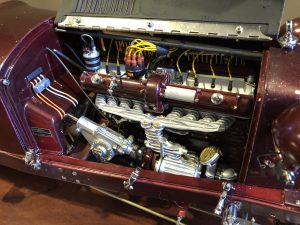