Of all the Pocher kits, the Mercedes-Benz 500K has led to the most confusion. The box top describes the car as a 500 K/AK, a designation that differs from the conventional Mercedes nomenclature just enough to cause debate. According to Jan Melin's authoritative Mercedes-Benz 8: the supercharged 8-cylinder cars of the 1930's , chassis 130859 was a special ordered Sindelfingen cabriolet A body with V'ed windshield. The RM Auction catalog for their London sale in October 2007 states that the car was originally ordered by Arturo Lopez on 4 March 1936, and "Its subsequent history is not known until it was acquired by the Ecclestone Collection in June of 1995." Of course Pocher enthusiasts know better, in that the kit has been around since the seventies, and the car was widely believed to be in an Italian collection. Ironically, more enthusiasts may be aware of the car because of the Pocher connection than were aware that it belonged to Bernie Ecclestone the Formula One impresario. In any event, trying to track down this car before Mr. Melin's book was a study in frustration and has led to all sorts of side stories, none more tantalizing than the description in the Pocher instruction manual that speaks of a 7-liter engine. The auction description-a description that demands a certain degree of accuracy-lists the car with a matching engine (#130859) that displaces 5.0 liters and of conventional mechanical specifications. The car sold for $1,449,844.
This handsome model built by Roger Antrobus has faithfully followed the Pocher instructions to produce an alternative appearance for #130859. Even Pocher experimented with colors (the car was available in later years in a red version) so this silver and tan version is in good company. The prototype's tan wire wheels have been changed to 'bright' or polished finish, and the bright red interior is a treat to see. The prototype was auctioned with wide whitewall tires-they must have been admiring the Pocher box top-but this model version uses the more traditional blackwall tires.
Neatly done engine details, meticulous upholstery, wood interior trim, and MMLtd. details make the model a stand out. 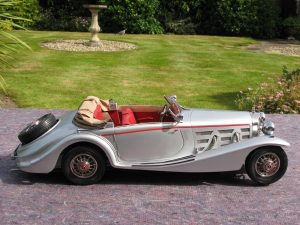 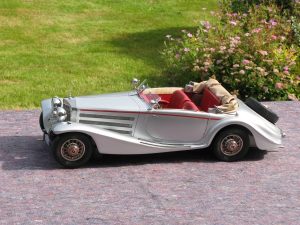 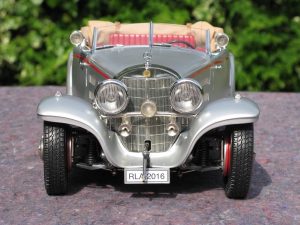 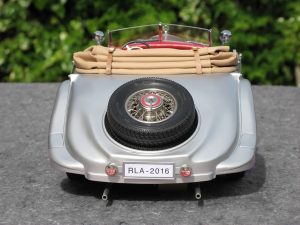 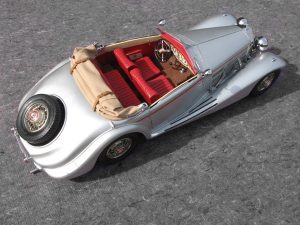 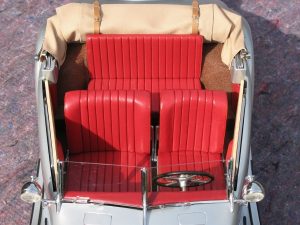 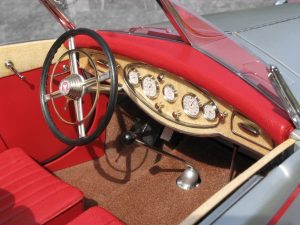 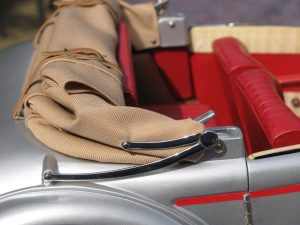 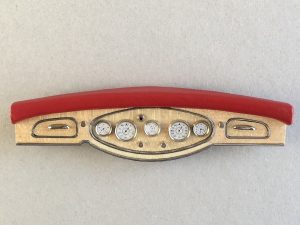 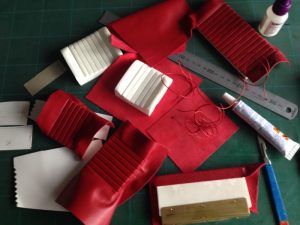 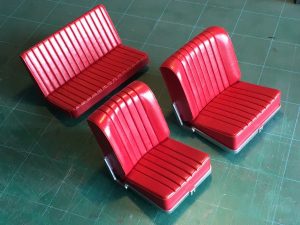 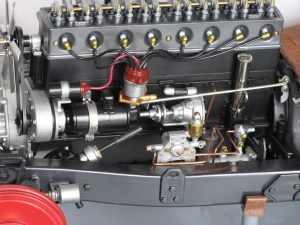 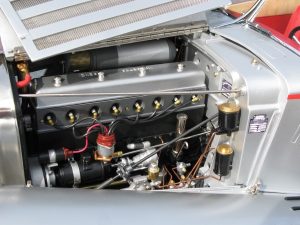 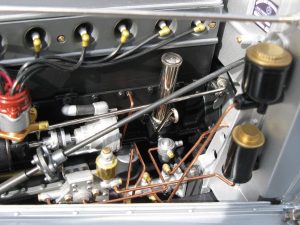 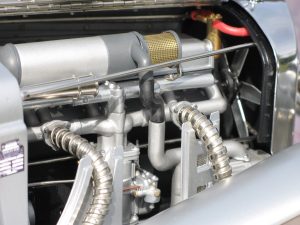 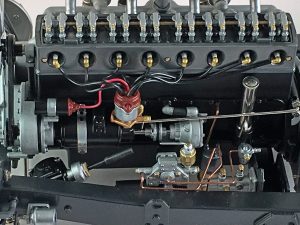 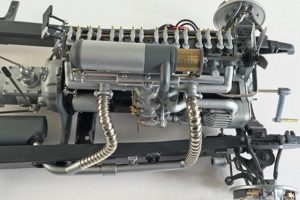 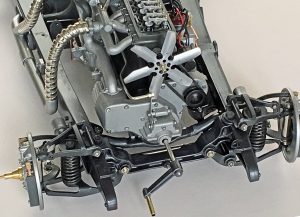 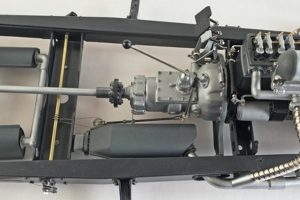 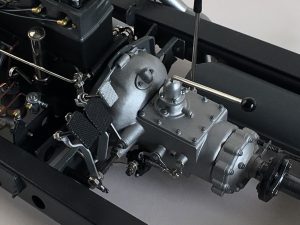 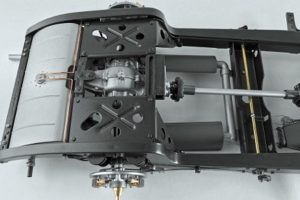 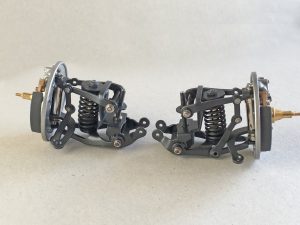 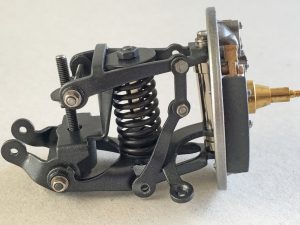 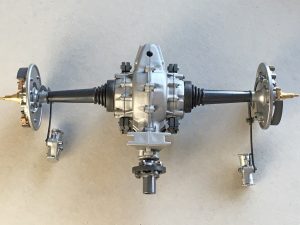 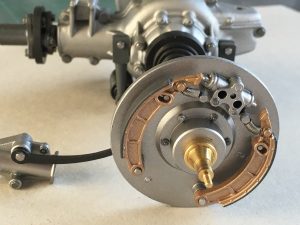 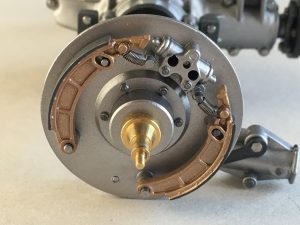 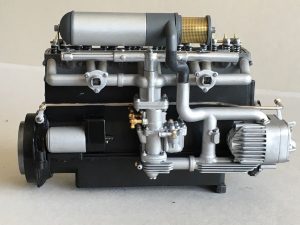 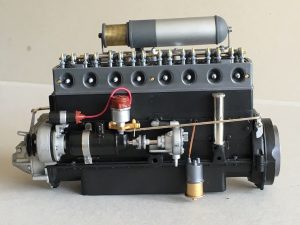